Wish you had all your Christmas shopping done?
It CAN be completed in October!

THIS IS A GREAT MONTH TO SHOP!

For at least six different reasons, October is one of the best months for all manner of bargains .

1. October is situated at the start of the fourth quarter of the year and retailers are not only trying to get rid of excess inventories, but are already looking toward the end of the year, anxious to end it “in the black.”

2. Retailers generally have good inventories and want to move them out.

3. There are a couple of “holidays” – Columbus Day and Halloween – and there will be sales over both those time periods.

4. You’ll have plenty of time to order online – even from overseas – and get your super bargains shipped in time for the holidays.

5. Retailers will do whatever it takes to get you shopping early for the Holidays.

6. AND LAST BUT NOT LEAST: October includes one “secret” weekend that comes close to rivaling Black Friday with super sales events.  Read on for the secret! 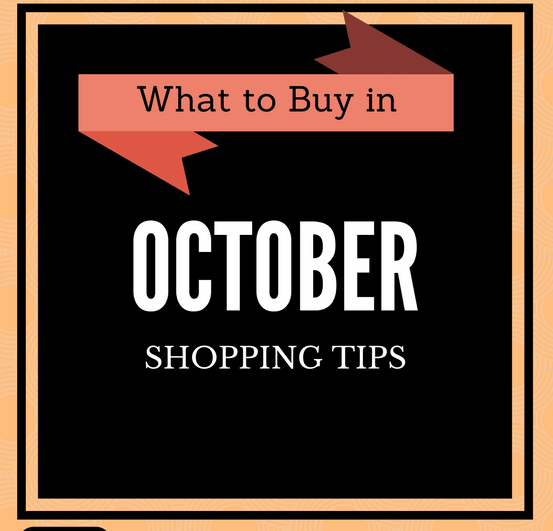 Without further ado,  here are some of my suggestions for frugal buys during October, with high inventories at the start of the fourth quarter of the year.

You know you always love a great bargain on Jeans! Traditionally retailers tend to overbuy for back to school sales.  Now you’ll find them trying to get rid of their excesses, and if you’re looking for a new pair of jeans, you are likely to find some good deals.

The new models on bicycles come out in the fall, so retailers will be closing out their previous models, and as you know bicycles don’t change that much, year to year. So now might be the time to pick out that Christmas Bike.

If you are looking to purchase a new car, and are willing to go with a 2015 model, then fall is the time to buy.  You’ll also find good deals on used cars in October, as tradeins increase. We bought our last used car in October two years ago. As usual, the prices shrink as inventory shrinks, so you’ll have fewer choices as the end of the year approaches. For the very best deals, if you are brave, wait until December.

October is also a good time to get good deals on last years’ models of large appliances, since the new models come out in the fall. All appliances except refrigerators will show up in the Columbus Day sales, and if don’t have the cash right now, there will be some good large appliance deals in the Veteran’s day sales in November.

If you are planning to wait until black Friday to get a really big HDTV, you can likely find the same deals this month, without all the hassles of Black Friday shopping. Expect to find super deals. Here are some you can find right now.

Though you will find some good deals on costumes throughout the month, if you can wait, the very best deals are right after Halloween, where you’ll find them on clearance for as much as 75% off. Plan ahead for next year.

Along with other Halloween items, there will be many good deals for candy and you can use store coupons, which are generally available in Sunday newspapers or online, to get even better deals. Those coupons will all likely expire on October 31, but if you can hang in there, on the first of November you’ll find cartloads of candy on clearance for as much as 50% off. Remember to buy extra for your Christmas stockings and baking.

The fall produce bounty has arrived!  Fall is my favorite time of year. I love the change in the weather, and the amazing fall produce. In our valley the apples and pears are almost all off the trees, pumpkins are bright orange and ready to harvest from the pumpkin patch. But there is so much more to the bounty of the fall harvest. Eggplant, mangos, most melons, winter squashes, grapes, avocados, corn, berries, potatoes, sweet potatoes, beets, carrots, cabbages, pomegranates and cranberries are frequently good buys for October.  You might want to check out the Epicurious interactive map to find the best seasonal produce buys for your area.

HERE’S THE SECRET YOU’VE BEEN WAITING FOR:

EXPECT TO FIND SOME OF THE BEST – NON BLACK FRIDAY- DEALS OF THE YEAR, ON ALL TYPES OF MERCHANDISE, – THIS YEAR, OCTOBER 28, 29 AND 30! THE WEEKEND BEFORE HALLOWEEN!
Check out the ads of your favorite retailer online, or in the newspaper, and then head down to find some mighty bargains!

YOU MIGHT BE ABLE TO GET YOUR GIFT SHOPPING DONE AS MUCH AS TWO MONTHS EARLY!

Marjie Briggs is a Consumer Scientist / Home Economist who regularly shares the best things to buy each month or season. 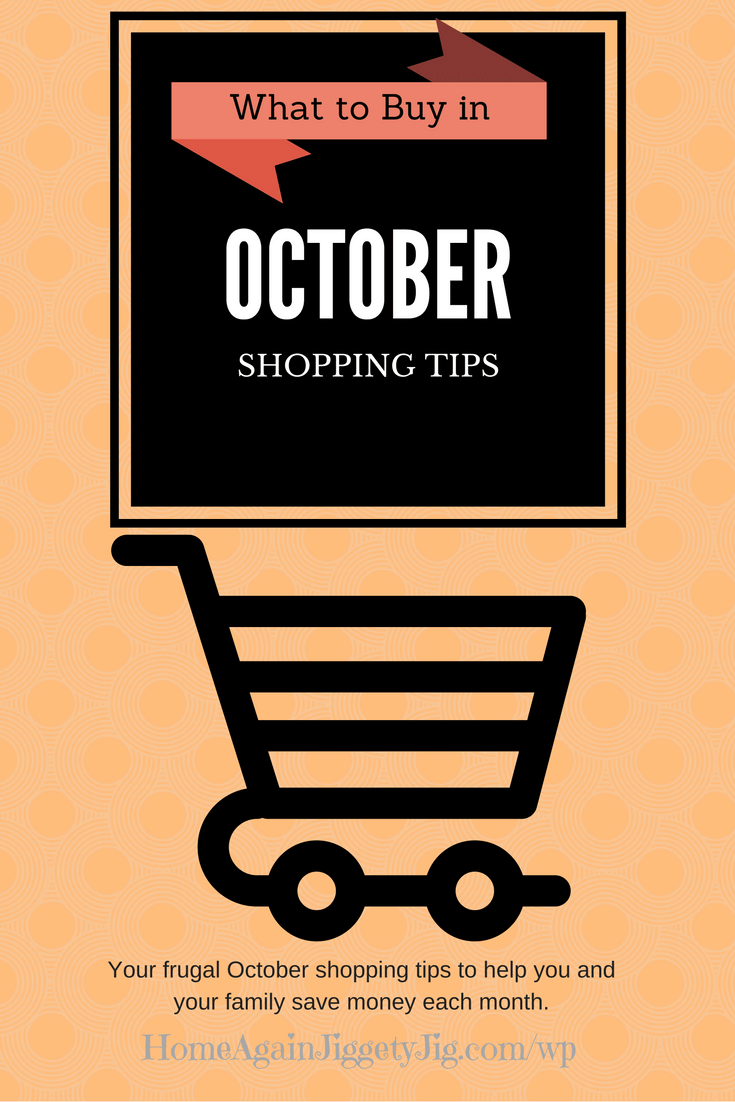